Wave Energy in the North Sea.

Wave energy is generally considered to be the most concentrated and least variable form of renewable energy. It is the high power density of wave energy that suggests it has the capacity to become the lowest cost renewable energy source. The World Energy Council has estimated that approximately 2 terawatts (2 million megawatts), about double current world electricity production, could be produced from the ocean waves. 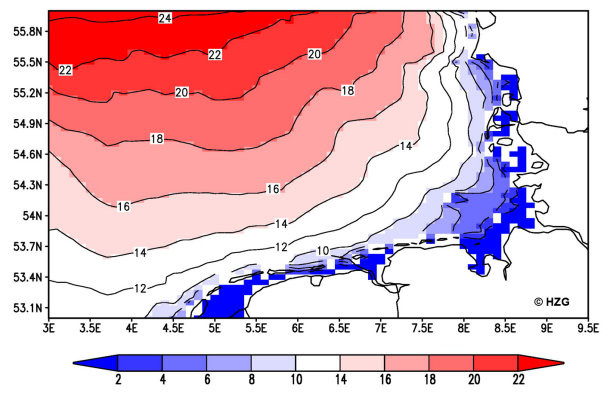 A couple of wave farms along a total length of 300 km wave front in the northern part of the Dutch North Sea would receive an annual mean wave energy amount of 300.000m x 15kW/m=4500MW.  At a moderate 30% effficiency, this would generate a yearly average of ca. 1350 MW, enough for 3,5 Million households and more than the amount of solar energy that can be generated in the Netherlands.

Wave energy has an orbital path and is located mainly at and just below the water surface. It's proportional to the square of the wave height; double wave height = 4x more energy. In our part of the North Sea, the usual wave height for which a device gets designed would lie around 3-4m in area's where the mean yearly wave energy density would lie between 10 and 20 kW/m wave front. In oceans that could be up to 7 0r 8m wave heights and 60-70 kW/m wave front.